Entertainment Safety: IMDb “The Rookie” Use WindSmart Behind The Scenes

Home/Posts/Case Study/Entertainment Safety: IMDb “The Rookie” Use WindSmart Behind The Scenes
Previous Next

Entertainment Safety: IMDb “The Rookie” Use WindSmart Behind The Scenes

William Ambrose, a key rigger with 25-years experience in the film and television production sets, choose to use Scarlet WindSmart Bluetooth Wireless Anemometer for wind safety measurement during rigging process.

“On film and television sets, we often rig frames of sail cloth to industrial lifts to provide shade for actors, or to diffuse the natural light to achieve the cinematic look the director and cinematographer are trying to achieve.  Often, these lifts and frames are fully extended, sometimes as far as 80′ – 120′ in the air, and usually over a set containing cast and crew.  As you can imagine, this brings in safety concerns dependent on weather and most often, wind speed and dynamics.  Being able to mount the anemometer to the basket at the height of the frame and monitor the wind speed accurately, in real time, is invaluable. Anyone on set can download the app and monitor the wind speed at any time. This truly makes it the most dynamic and user-friendly device we have ever used”, said William Ambrose.

Wil’s satisfying user experience also makes him eager to recommend everyone in the industry to use Wind Smart, helping people leave their old weather stations behind and move into the future with a far superior product for their needs on film and television sets in Hollywood.

Some photos of the anemometer from Wil’s current project, “The Rookie” (2018-), American tv-series about John Nolan, who is pursuing his dream of joining LAPD after a life-changing incident, starring Nathan Fillion. 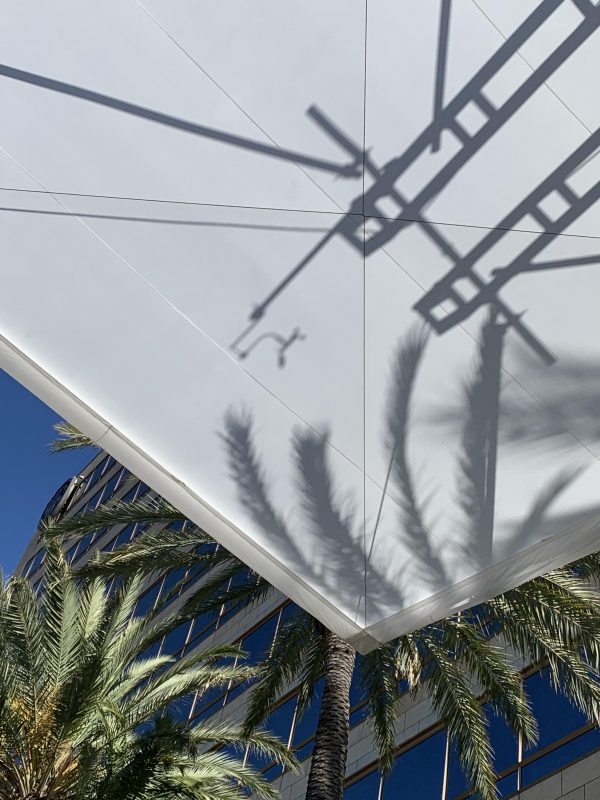