The end of May heard the UAE Ministry of Labour announce that outdoor labors, such as those on construction sites, would be given a mandatory two-and-a-half hour break from 12.30pm to 3pm be tween June 15 and September 15 so as to avoid the the most extreme heat of the day.

The ministerial decision also stated daily working hours could not exceed eight and labors who usually worked in the open could not be redirected to indoors duties during the break.

The announcement of the UAE’s now annual restriction was closely followed by Saudi Arabia, where temperatures reached 50 degrees Celsius in June, and where the ban takes effect from July 1.

According to the Kingdom’s Ministry of Labour, the ban will be in place between midday and 3pm during the summer months and will see violating individuals and companies fined up to SAR 10,000 ($2,675) on each occasion.

Oman’s midday work ban will be in place throughout June, July and August – with Qatar, Bahrain and Kuwait having made similar arrangements.

While the imposition of such restrictions in the region over the last few years has gone some way to placating calls for improved working conditions for labors, a recent survey has found that not enough is being done by employers to educate their workforce on the risks posed by working in extremely hot conditions, and measures they should take to minimize the threat.

UAE-based company Dulsco, which provides human resources services, conducted the survey of 700 workers during an annual summer medical camp backed by the Dubai Health Authority, and found that almost two-thirds of blue-collar workers in Dubai claim they are not regularly trained by their employers about heat-related health issues despite working outdoors.

Only 36% reported learning about health issues posed by working outdoors in heat from their employers, while 24% relied on general knowledge or experience, and a further 16% were informed by friends, colleagues or the heads of working camps, where many low income expat workers live.

About one-third also said that they did not drink enough water to stay hydrated in summer, with 80% not taking frequent breaks and only 28% having healthy food and juices.

However, Dulsco said that the research showed an improvement in workers’ understanding of heat-related health issues as around 63% of the 700 workers surveyed said they were aware of the health risks during summer – an increase of 24% compared to last year.

Workers also reported a better understanding about typical summer conditions such as dehydration, food contamination, hygiene, skin diseases and sunstroke and many also were keen to learn exercises, healthy food and ways to keep their bodies cooler during the hotter months.

“Many companies across the UAE are increasingly investing in the health and welfare of their employees through continuous health awareness drives,” said Mubarak Kozhikkal, senior manager of Dulsco Medical Services.

“Summer is especially a challenging season with many people involved in outdoor work and therefore, educating their teams on health risks is extremely important.” 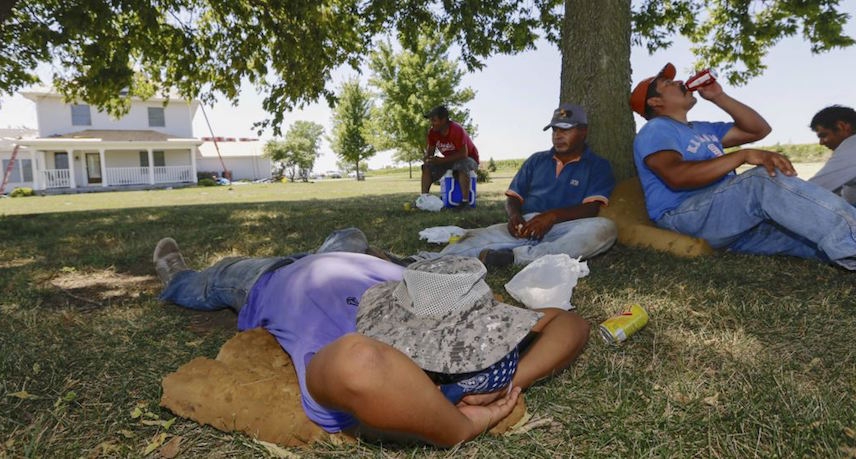