Two British soldiers died during a training exercise over the weekend as they took part in a grueling selection process for the elite SAS unit on the hottest day of the year, military sources said on Monday.

Police and the Ministry of Defence (MoD) are investigating Saturday’s deaths in the Brecon Beacons mountain range in south Wales, while a third soldier remains in a serious condition in hospital.

Military sources said the men were members of the Territorial Army, Britain’s reservist force, who were hoping to join the elite Special Air Service (SAS) regiment.

The MoD refused to confirm media reports that the men collapsed from heat exhaustion while struggling through a tough selection process in temperatures of 29.5°C.

“At this stage we are not ruling anything out,” a ministry spokesperson told AFP.

It is understood that live ammunition was not involved in the incident.

An unnamed army officer told the Daily Mail newspaper: “The troops are desperate to prove they are up to joining the SAS and push themselves harder and harder.

“There is going to be a huge inquiry into what happened because, on the face of it, these lads look like they’ve been marched to death.”

The Brecon Beacons offer some of Britain’s most rugged terrain, and the mountain range is regularly used for military training exercises.

In January, an army captain also believed to have been trying out for the SAS was found dead on a snow-covered mountain in the Brecon Beacons.

An MoD spokesperson said there were no plans to change “routine exercises” in light of the latest deaths in the mountains. 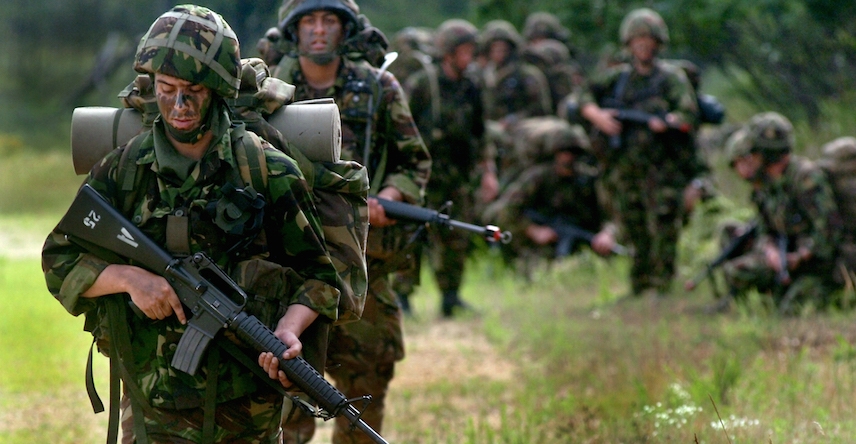