According to this decision which came into force on June 15 and will continue until mid-September, workers shall get a break every day between 12.30pm and 3pm.
According to Maher Al Ouwaid, Assistant Undersecretary at the ministry’s inspection affairs department, since the beginning of the implementation of the decision, a total of 25,248 inspection visits were made nationwide to different companies to inspect the implementation of the midday break.

Also, 17,296 guidance visits were made in the early morning hours by labour office officers across the country. The aim of these visits is to make both workers and employers aware of the importance of applying this decision and the dangers of heat stress which workers may suffer due to carrying out their work in strong sunlight. He said a total of 25,100 establishment across the country showed adherence to the law which comprise 99.41 per cent of the companies.

“A total of 148 companies nationwide were fined for breaking the midday break rules,” said Al Ouwaid.

Al Ouwaid added that under the directives of the Minister of Labour, Saqr Gobash, the daily inspection campaigns conducted by the ministry are aimed at making employers aware of the importance of the midday break decision as it ensures the interests of both workers and employers and provides protection for workers in accordance with national legislations, a matter which could contribute to increasing production and achieving efficiency in performance.

“We have a total of 18 inspection teams who regularly visit worksites and ensure that the rules set by the ministry are being followed, including providing workers with shaded areas to rest during the break as well as professional safety tools to protect labourers from work-related injuries, dehydration and other health risks such as sunstroke and heat exhaustion,” he added.

Companies found breaking the midday rule face stiff penalties, including a Dh15,000 fine for the first offence.
Additionally, the employer should pay Dh1,500 to employees who are forced to work during the midday break, and they will not be able to issue new labour cards or employ new workers.

He said that the Ministry of Labour’s inspections will be held daily until the last day of the midday break rule to ensure compliance with the UAE labour law.
“The inspection department will carry out 30,000 guidance and inspection visits until September 15 to raise awareness of the importance of implementing the midday break rules and to see how many companies are complying with or violating the break rule,” he said.

The guidance and inspection visits will take place at different worksites starting from 10.30am until 12.30pm in addition to lectures, which will be conducted across the UAE, to explain prevention of and protection against heat stress and work-related injuries.

“Such programs and campaigns will help reduce injuries and heat stress and will improve health and safety standards to achieve the welfare of labors,” he added. 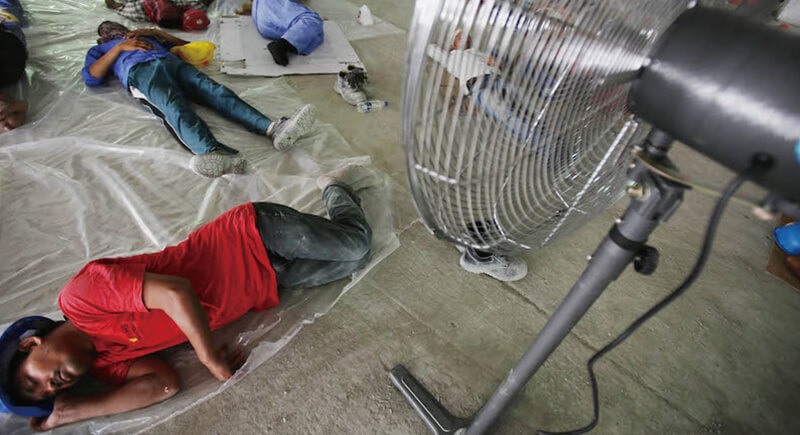