Even as much of the central and eastern U.S. basks in unseasonably cool July weather, Europe has been baking in another heat wave, and a renewed surge of heat promises to add to the misery in the coming days.

Polish news website gazeta.pl reported Sunday that 41 children were taken to a hospital after suffering from overheating and dehydration waiting in a broken-down bus in the village of Gostynie in central Poland. Temperatures surged into the mid-90s Fahrenheit (mid-30s Celsius) across much of Poland’s interior, including most of its largest cities.

The situation was no more bearable in Italy, where Florence and Bologna both topped out at 100ºF (38ºC) Sunday. The Corriere della Sera newspaper reported 14 Italian cities had been placed under red alerts, the highest possible alarm, for dangerous levels of heat Sunday. This included areas as far north as Milan, where the mercury reached 95ºF (35ºC).

After a brief reprieve Monday, more intense heat is expected to grip many European countries later this week with a new surge of hot air arriving from northern Africa.

Readings could surge even higher by next weekend in Italy, with both Florence and Bologna expected to push a few degrees past the century mark. Farther to the north and east, the brunt of the current heat wave will impact much of Eastern Europe on Monday.

That second surge of heat impacting Italy by next weekend will also spread across much of southern and western Europe.

Areas farther northeast such as Poland will likely be spared a second round of scorching weather. But in major European capitals such as Paris and Madrid, the heat will be brutal by late week, with Paris surging well into the 90s and much of interior Spain in triple digits. 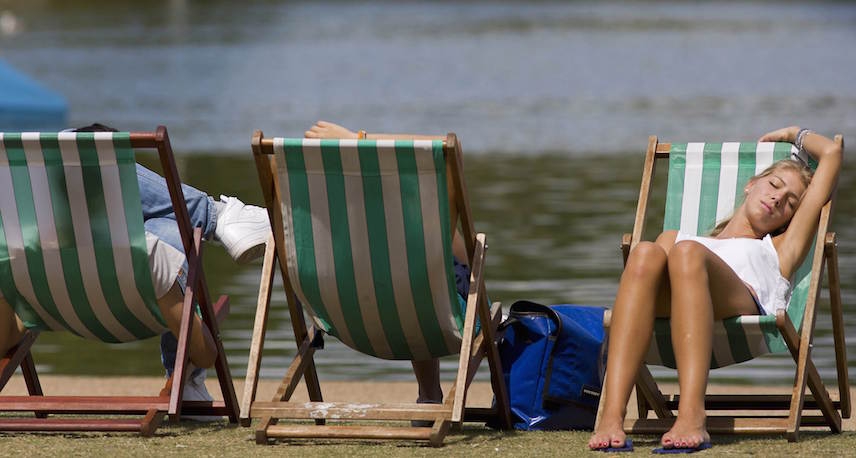