High temperatures to sear much of Central and Eastern Europe

Home/Posts/Blogs, Recent Posts/High temperatures to sear much of Central and Eastern Europe
Previous Next

High temperatures to sear much of Central and Eastern Europe

A “code red” weather warning was in place for central parts of the Czech Republic on July 30 while several countries in Central and Eastern Europe, including Bulgaria, had significant parts under the lesser code orange warning.

On July 30, Bulgaria faced code orange weather warnings for the regions of Vidin, Vratsa, Montana, Pleven, Veliko Turnovo, Rousse, Blagoevgrad, Pazardzhik, Plovdiv, Stara Zagora, Sliven, Yambol and Haskovo. Temperatures were expected to range from 35 to 40 degrees Celsius. The rest of the country was under a code yellow weather warning.

Code Orange weather warnings were issued for southern parts of Romania, all of Serbia, Montenegro, eastern parts of Croatia, parts of northern Hungary, north-eastern Austria, south-western Poland and Slovenia, while much of Greece was subject to a code yellow weather warning.

The Slovak Hydrometeorological Institute (SHMÚ) issued a heat warning for several districts in Slovakia where the temperatures could reach up to 40 Celsius degrees, the Slovak Spectator said on July 29. About 152 people collapsed on July 28, of which 80 had to be taken to hospital. The SHMÚ was also warning against storms and strong wind.

The ANM said that the scorching hot weather would intensify in the western counties of Arad, Timis and Caras-Severin as well as the southern counties of Mehedinti, Dolj and Olt , with highs expected to reach 39-40 degrees Celsius. Thermal discomfort is expected to worsen, with the temperature-humidity index expected to exceed the critical threshold of 80, the report said.

After a heat wave that hit the Czech Republic this past weekend and on July 29, temperatures would now drop somewhat over the course of the week but “tropy” – as tropical conditions are called in Czech – would return again at the weekend, Radio Prague said. Forecasters are predicting temperatures of up to 34 degrees Celsius.

Croatian media said on July 29 that Meteo Alarm, that alerts Europe of extreme weather, has issued a warning of a heat wave in Croatia. 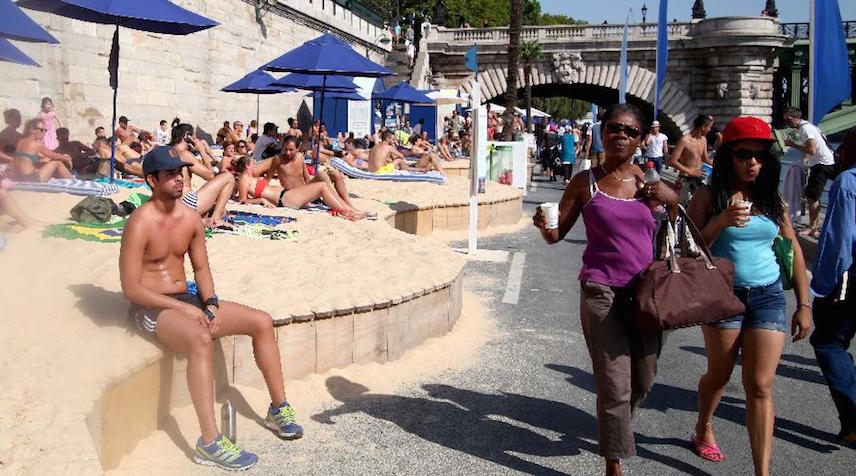