Is worker safety a luxury in Turkey?

Is worker safety a luxury in Turkey?

More than two days after a deadly explosion, the death toll now stands at 282 in what most agree is Turkey’s worst mining disaster in decades.


At least 120 more are still believed to be trapped in the 2 kilometer-deep mine in Soma, a town northeast of the coastal city of lzmir. The explosion, which triggered a fire, occurred shortly after 3 pm on May 13 as workers were preparing for a shift change. This is also why the number of injured is so high.

First, let’s get a little background in this mine. Since the privatization of the coal mines under the present Justice and Development Party (AKP) government, the Soma coal mine was bought by Soma Holding. The opposition party had recently been asking for a parliamentary inquiry on the working conditions and the technical facilities at coal mines in Soma. The inquiry was rejected by the ruling party.

In 2012, CEO of Soma Holding Alp Gurkan told the press that the company had managed to reduce production costs for $106 per tonne since the privatization. Apparently, that was the cost of workers’ safety.

In fast developing countries like Turkey, work safety is something of a luxury.

There is no record of injuries resulting in handicaps due to accidents. Traffic accidents on the way to the workplace are not included in these statistics either. Despite this appalling record, the Turkish “Working Place Safety and Security Law” was enacted only in August 2012 – albeit, it exempts all companies employing less than 50 workers. As a result, Turkey is on the black list of the International Labor Office (ILO) and relations with the international organisation are highly tense.

Turkey’s construction extravaganza is the government’s key asset for populism and political benefits. The government and the public at large seem to be proud of roads, bridges, social housings, airports and so on as proof of Turkey’s newfound grandeur.

The Turkish “developmentalist” bonanza has indeed come at a huge price. The air, soil, sea, city, culture and human beings – which are all supposedly free of charge – are paying the price of this obsession, like the day in Soma. 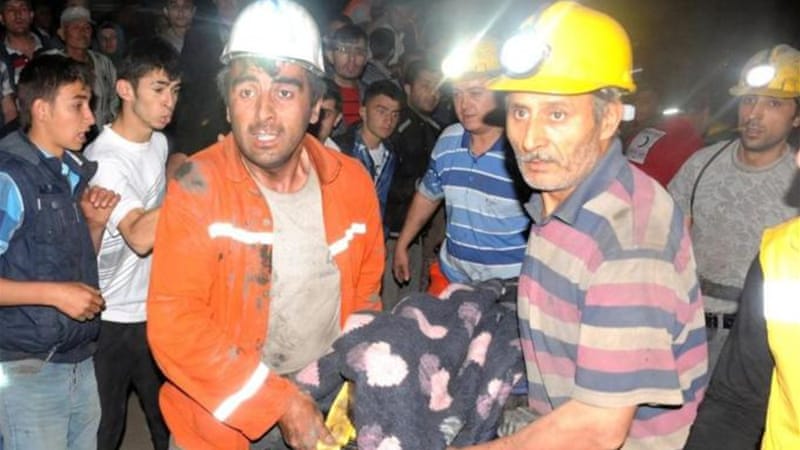