As the world gets warmer, people are more likely to get hot under the collar, scientists say. A massive new study finds that aggressive acts like committing violent crimes and waging war become more likely with each added degree.

Researchers analyzed 60 studies on historic empire collapses, recent wars, violent crime rates in the United States, lab simulations that tested police decisions on when to shoot and even cases where pitchers threw deliberately at batters in baseball. They found a common thread over centuries: Extreme weather — very hot or dry — means more violence.

The authors say the results show strong evidence that climate can promote conflict.

“When the weather gets bad we tend to be more willing to hurt other people,” said economist Solomon Hsiang of the University of California, Berkeley.

He is the lead author of the study, published online Thursday by the journal Science. Experts in the causes of war gave it a mixed reception.

The team of economists even came up with a formula that predicts how much the risk of different types of violence should increase with extreme weather. In war-torn parts of equatorial Africa, it says, every added degree Fahrenheit or so increases the chance of conflict between groups— rebellion, war, civil unrest — by 11 percent to 14 percent. For the United States, the formula says that for every increase of 5.4 degrees Fahrenheit, the likelihood of violent crime goes up 2 percent to 4 percent.

Temperatures in much of North America and Eurasia are likely to go up by that 5.4 degrees by about 2065 because of increases in carbon dioxide pollution, according to a separate paper published in Science on Thursday.

The same paper sees global averages increasing by about 3.6 degrees in the next half-century. So that implies essentially about 40 percent to 50 percent more chance for African wars than it would be without global warming, said Edward Miguel, another Berkeley economist and study co-author.

When the Intergovernmental Panel on Climate Change updates its report next year on the impacts of global warming, it will address the issue of impacts on war for the first time, said Carnegie Institution scientist Chris Field, who heads that worldwide study group. The new study is likely to play a big role, he said.

Hsiang said that whenever the analyzed studies looked at temperature and conflict, the link was clear, no matter where or when. His analysis examines about a dozen studies on collapses of empires or dynasties, about 15 studies on crime and aggression and more than 30 studies on wars, civil strife or intergroup conflicts.

In one study, police officers in a psychology experiment were more likely to choose to shoot someone in a lab simulation when the room temperature was hotter, Hsiang said. In another study, baseball pitchers were more likely to retaliate against their opponents when a teammate was hit by a pitch on hotter days. Hsiang pointed to the collapse of the Mayan civilization that coincided with periods of historic drought about 1,200 years ago.

People often don’t consider human conflict when they think about climate change, which is “an important oversight,” said Ohio State University psychology professor Brad Bushman, who wasn’t part of the study but whose work on crime and heat was analyzed by Hsiang.

There’s a good reason why people get more aggressive in warmer weather, Bushman said. Although people say they feel sluggish when they are hot, their heart rate and other physical responses are aroused and elevated. They think they are not agitated, when in fact they are, and “that’s a recipe for disaster,” Bushman said.

Experts who research war and peace were split in their reaction to the work.

“The world will be a very violent place by mid-century if climate change continues as projected,” said Thomas Homer-Dixon, a professor of diplomacy at the Balsillie School of International Affairs in Ontario.

But Joshua Goldstein, a professor of international relations at American University and author of “Winning the War on War,” found faults with the way the study measured conflicts. He said the idea of hotter tempers with hotter temperatures is only one factor in conflict, and that it runs counter to a long and large trend to less violence.

“To read this you get the impression, if climate change unfolds as we all fear it will, that the world will be beset by violent conflict and that’s probably not true,” Goldstein said.

“Because of positive changes in technology, economics, politics and health” conflict is likely to continue to drop, although maybe not as much as it would without climate change, he said.

Miguel acknowledges that many other factors play a role in conflict and said it’s too soon to see whether conflict from warming will outweigh peace from prosperity: “It’s a race against time.” 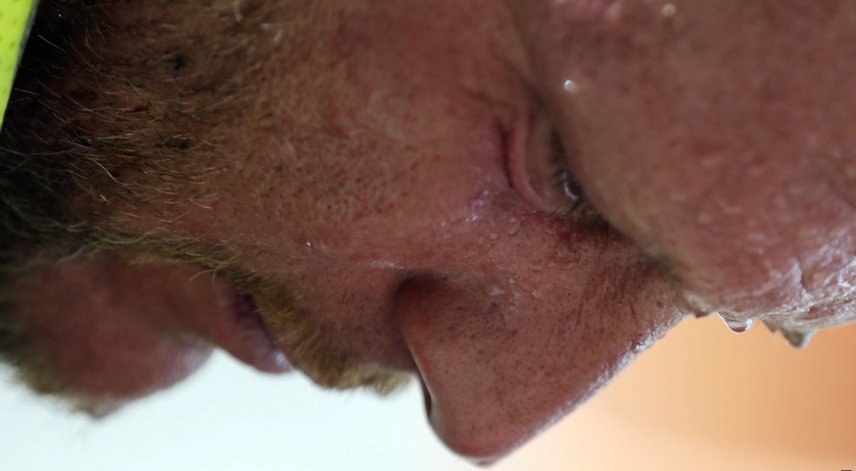