Abu Dhabi: The Ministry of Labour is conducting an educational program to raise the awareness of employers and workers about the “dos and don’ts” with regard to the three-month-long mandatory midday break for those working in the sun during the summer, a senior ministry official has said.

Under the rules, which went into force on June 15 and run until September 15, workers can lay down their tools for a break from 12.30 pm to 3pm. Employers must provide first aid, air-conditioners, sunshades and cold water for workers.

Qasim Mohammad Jameel, acting Director of Guidance at the ministry, said that the awareness program features 125 on-site lectures and campaigns and will be conducted with government and private sector stakeholders and partners.

He added that the break during the hottest hours of the day was introduced to ensure the health and professional safety of labours working in the direct sun and prevent dehydration and other health risks, including sun stroke and heat exhaustion.

Nine mobile labour care units will tour construction sites to deliver the program which also include the screening of a specially created film.

The ministry of labour teams, he added, have already approached 5,000 workers in Abu Dhabi, 2,500 in Dubai and more than 1,000 in Sharjah, educating them about the best methods to keep safe from heat-related illness.

He said ministry inspectors will also visit building sites to make sure the rules are observed.

In the same context, health authorities have also launched “heat safety” programs aimed at increasing awareness of heat stress and prevention of heat illness among employers and workers, and explaining how to reduce heat-related illnesses. Such programs will not only help reduce heat-related illnesses but will also improve health and safety standards and ensure the welfare of workers. 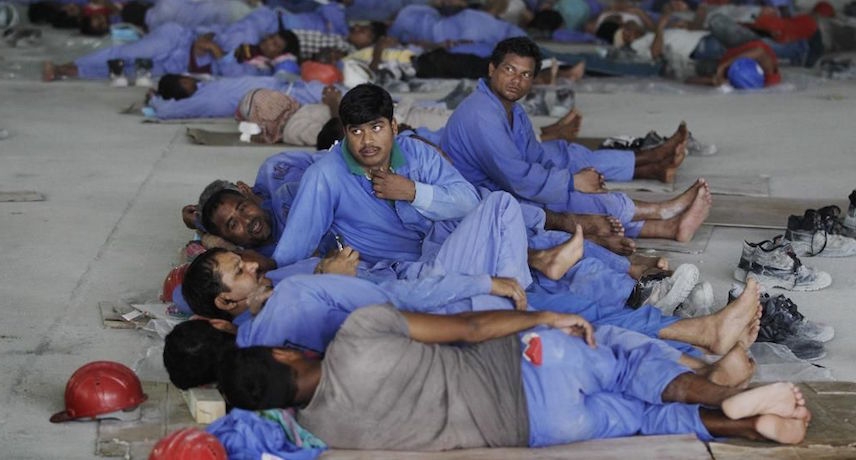