A blazing heat wave expected to send the mercury soaring to nearly 120 degrees in Phoenix and Las Vegas over the weekend settled across the West on Friday, threatening to ground airliners and raising fears that pets will get burned on the scalding pavement.
The heat was so punishing that rangers took up positions at trailheads at Lake Mead in Nevada to persuade people not to hike. Zookeepers in Phoenix hosed down the elephants and fed tigers frozen fish snacks. And tourists at California’s Death Valley took photos of the harsh landscape and a thermometer that read 121.
The mercury there was expected to reach nearly 130 through the weekend — just short of the 134-degree reading from a century ago that stands as the highest temperature ever recorded on Earth.
“You have to take a picture of something like this. Otherwise no one will believe you,” said Laura McAlpine, visiting Death Valley from Scotland on Friday.
The heat is not expected to break until Monday or Tuesday.
The scorching weather presented problems for airlines because high temperatures can make it more difficult for planes to take off. Hot air reduces lift and also can diminish engine performance. Planes taking off in the heat may need longer runways or may have to shed weight by carrying less fuel or cargo.
Smaller jets and propeller planes are more likely to be affected than bigger airliners that are better equipped for extreme temperatures.
However, Phoenix Sky Harbor International Airport officials reported no such heat-related problems with any flights by Friday evening. 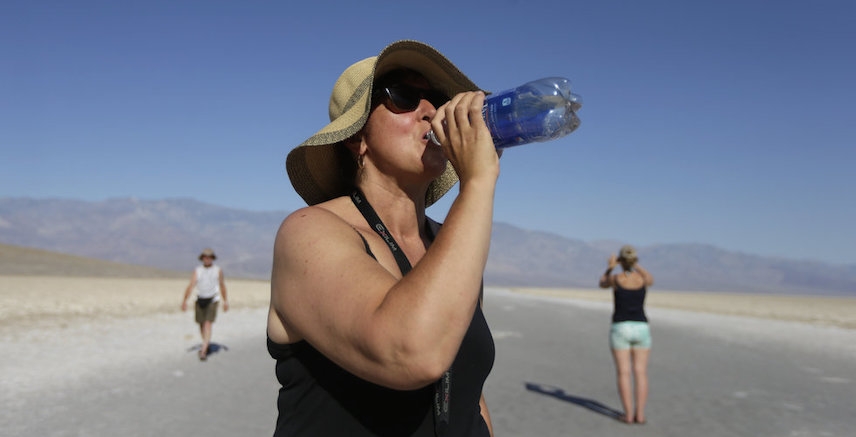