When two women walked past a silver sedan Tuesday and saw a toddler locked inside, they jumped into action and called 911.

Deputies and fire-rescue officials rushed to the scene with sirens blaring. As one smashed the driver’s-side window to retrieve the child, others were on the ready with ice packs and medical equipment to try to reverse the effects of heatstroke.

The scene was a dramatization to show how first responders operate when children are trapped in hot cars.

More children died after being left in hot cars in 2010 across the nation — 49 — than any other year. So far this year, 15 kids have died in that manner, and officials fear another record year unless preventive steps are taken now.

“I can tell you that we’re failing our children,” said Richard Schwamm, a member of the board of the Children’s Safety Village of Central Florida and father of two. “We’re not doing enough to protect our kids.”

Schwamm, an Orlando attorney, said the child-neglect laws that make these deaths a third-degree felony are not strict enough to fit the crime.

“The laws that should punish the caregivers are too weak,” he said. “The laws that are intended to prevent it are not working. Our legislators are not doing enough to evoke change.”

Florida law allows a parent to leave a child younger than 6 alone in a car for up to 15 minutes if the engine has been turned off.

Heatstroke happens when body temperature rises to dangerous levels and the body cannot cool itself quickly enough. If parked in direct sunlight, temperatures inside a car can spike as much as 20 degrees within 10 minutes.

Florida is second only to Texas in the most heatstroke-related child deaths per year, found an ongoing study conducted by San Francisco State University first published in 2005 by the American Academy of Pediatrics. There have been at least 64 reported deaths in Florida since 1998.

So far this year, a Miami-Dade County mom and a Highlands County mom have been charged with manslaughter after their children — an 11-month-old boy and an 18-month-old girl, respectively — died after being left unattended in cars in the May heat.

On June 2, a 2-year-old boy from Pensacola died after wandering off and locking himself inside the family car. And Saturday, a 3-year-old Manatee County boy left inside a car as his parents attended a funeral also died. No charges were filed in either case.

“Young children are particularly at high risk for this, as their bodies heat up three to fives time faster than adults,” Children’s Safety Village representative Carrisa Johns said at the demonstration Tuesday. “When a child’s internal temperature gets to 104 degrees, major internal organs begin to shut down.

“When their temperature reaches 107 degrees, the child can die.”

Statistics show that about 18 percent of children who die of heatstroke were intentionally left behind, Schwamm said. A little more than half were unintentionally forgotten by a caregiver and about 30 percent locked themselves inside of a car, he said.

Tragedy can strike faster than you think, Johns said.

“Symptoms can quickly progress from flush, dry skin and vomiting to seizures, organ failure and death,” she said. “These types of tragedies can happen to anyone.

“And sadly, most of the cases happen to loving, caring parents.” 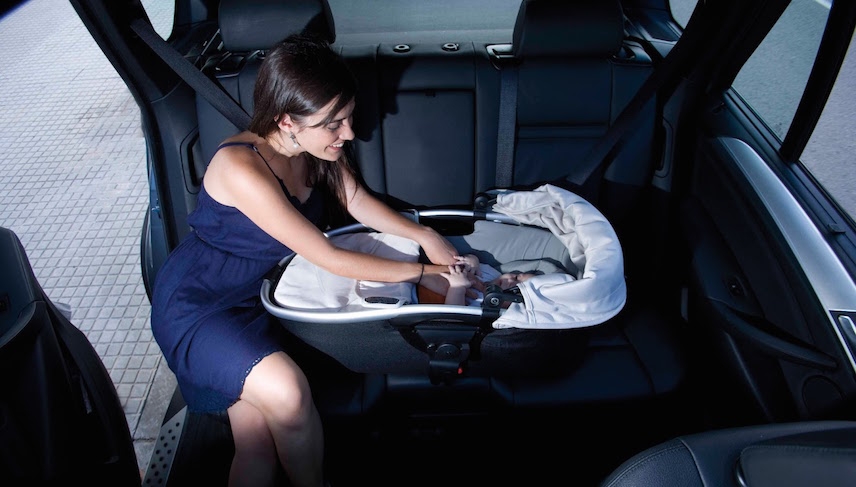